Association of Investment Professionals in the Netherlands
My membership

Back to recent publications
In 2022, international relations came under considerable pressure. Russia’s invasion of Ukraine has had a huge impact on financial markets and has contributed to soaring worldwide inflation. In recent months it became very clear that international investing does indeed have its limitations and entails risks. We discussed the pros and cons of international investing with US hedge fund manager Yaron Brook. One of his pet subjects is that ESG investing appears to have an adverse effect for investors.

Focus on a specific niche

Among other things, Yaron Brook manages the long/short BHZ Consolidation Fund1, which invests exclusively in smaller US banks. This focus goes against the principle of international investing and there are no more than one or two similar players in the US fund spectrum. Brook argues that, partly because of their low correlation with other asset categories, the investments in his fund should be considered as a component of a broader portfolio. The fund generates attractive returns; its historical return since 2010 averages about 11.6% net to investors. Brooks summarizes the essence of his fund as ‘uncorrelated alpha’2. 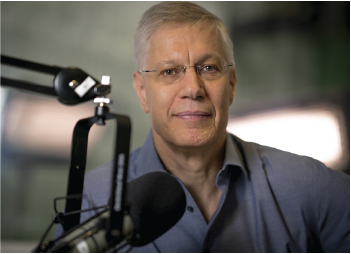 Brook uses a very specific investment strategy for his long/short fund. The fund focuses mainly on mergers and acquisitions of US banks that he believes to be far under the radar of the majority of investors. The fund does not invest outside the USA, simply because his model is only appropriate for the US market. “America still is and always has been overbanked. In the past few decades, the number of banks even went from 20000 to 5000 and we believe that this number will have to come down significantly.” With his fund, Brook aims to invest in banks that may be suitable takeover candidates, in order to benefit from any takeover premiums. Brook adds that his strategy is definitely finite, because the wave of consolidation in the US banking sector will eventually come to an end.

REGULATION DOES NOT ALWAYS DO WHAT IT IS SUPPOSED TO

He is quite adamant that his strategy would not work for mega caps such as Citigroup, Goldman Sachs, Morgan Stanley and JP Morgan. He completely bypasses such large players, because of the complexity of these organisations, which he comprehensively refers to as ‘black boxes’: “Even for the CEOs of these companies it will be impossible to have a comprehensive overview of their bank, because they are simply too big”, the hedge fund manager comments. Smaller banks, on the other hand, are much easier to analyse: they generally have a homogenous business model – lending and borrowing money – which makes these organisations quite straightforward. Furthermore, US banks are highly regulated and are therefore not allowed to take bigger risks anyway. “So it was relatively easy to cover our spectrum with extensive regulatory controls. And within this universe, we establish both long and short positions (also in ETFs)” says Brook.

For reasons of risk diversification, Brook also recommends that investors in his fund use this investment as part of a broader investment portfolio. He is convinced of the importance of crossborder investing.

Current regulation of the institutional sector is overkill

Brook does not hesitate to criticize the mass regulation of financial markets and market players that has occurred particularly since the banking crisis. “In the 1980s there was hardly any supervision and we had the exact opposite of what we are dealing with now”. He also refers to the days when in the US retail investment funds were regulated, but hedge funds for institutional investors were not. He believes that the institutional market was very transparent for investors. By implementing far-reaching regulation now, regulators are making everything more expensive – because large sums of money need to be spent in order to comply with all the rules – and this has a negative impact on returns. The main effect of extra supervision is that it creates more hassle, Brook grumbles.

ESG REGULATION SHOULD BE ORGANISED DIFFERENTLY

Also, it is more difficult to keep specific niche qualities (for instance by following specific investment strategies) for yourself, says the hedge fund manager. By way of example he refers to the so-called 13F7 reports that must be filed with the SEC every quarter. By means of these reports, all big players must publish all their transactions to the market. Brook has a major issue with this, because it makes it quite easy to copy investment strategies used by other parties. And this could also be detrimental to the fund. Because a fund that invests for the long term will then be copied by investors with short-term views, but the long-term outlook for the stock will hardly be aligned with its short-term performance. Brook would prefer to see much of the current regulations abolished. And on top of that: the costs of regulation are ultimately paid by the end investors, because funds will pass these costs on. “The 13F reports cause more work for the SEC, more work for institutional investors and in the end no one benefits”, Brook complains.

Political risks must be put back on the agenda

Returning to the theme of the winter issue, Brook stresses that investors should also invest outside their own country. This is in line with the principle of diversification of investment risks. Capital is thus distributed more effectively, and the whole world can benefit. The year 2022 highlighted that international diversification makes sense for investors: the main indices in the US registered a loss of around 20% as at the end of October, while the Japanese stock market and the FTSE proved much more resilient. In principle, diversified investing outside their own countries reduces risk for investors. The biggest risk factor that must, however, be taken into account is the political situation in relevant countries. In the past 20 years this issue hardly featured on most investors’ agendas, stresses Brook. “We were being quite naive. We believed that everything in the world would remain stable. The consensus appeared to be that there would never be another war in Europe and that in China, too, things would start to get better,” the hedge fund manager believes. The year 2022 put political risks firmly back on the map. Brook believes that the past year has woken everyone up. He wonders how the war in Ukraine will evolve and whether it may spread to other parts of Europe. The situation in China, too, is quite unpredictable and has become murkier. China appears to be drifting further and further away from the idea of a liberal society, as evidenced by the disappearance of Alibaba’s head, Jack Ma8. In other words, Brook believes that investors can no longer avoid taking a more critical look at political risks when making investment decisions. By way of example he mentions investing in Russia, the turmoil surrounding Trump and Brexit.

In addition, central banks always appeared to provide a safety net for the financial markets. But Brook has his doubts about the function of the central banks, because they in no way saw the current soaring inflation levels coming. He argues that investors must now reckon with more risks than five years or so ago:

The world is now a very different place, because until recently we were still able to calculate current values based on a rate of virtually 0%. That is very different now, Brook warns.

INTERNATIONAL INVESTING CREATES OPPORTUNITIES, BUT POLITICAL RISKS MUST NOT BE DISREGARDED

Brook expects economic growth to stagnate both in the Western world and in China. He believes that Africa could well produce positive surprises and emerge as an attractive growth market, provided the continent becomes more politically stable.

ESG a threat to investor returns

Of course, when talking to Brook we cannot avoid the subject of ESG. ESG has been very much mainstream for some years now and it is virtually impossible to find an investor who does not (or should not) give this any thought. ESG objectives are giving international investors a boost, but Brook is critical about this subject. Brook’s view is that “As fund managers, our duty is simply to try and achieve the highest possible return with an acceptable amount of risk. Our mandate is simply to make money and not to supposedly make the world a better place. That’s what politicians are for”. He believes that the best thing that a company can do for society is to make money morally: by selling products that people want or need. Brook is a great advocate of profit maximization for investors, because that is in fact the mechanism that allows the market to function best. His motto is therefore: “if you let the market do its work, the shares of companies that perform badly will eventually be sold. This does not require strict regulations, such as a mandatory percentage of women on company boards”.

“If I were receiving a pension now and my pension fund had to invest on the basis of an ESG policy, I would be very worried indeed, because it would be impossible for the fund to realise the maximum return”, says Brook. By excluding certain investments the fund is, by definition, not being managed optimally. Because the investment risks are greater, as there are fewer opportunities for diversification while lower returns are achieved. Furthermore, ESG is not a democratic process. What is and what is not sustainable is being decided by superior order. Brook warns that it is not rational for financial markets that large players are forced to invest suboptimally. He therefore denounces the fact that Larry Fink, CEO of BlackRock has no say in which investments do or do not fit within the ESG framework. If I were getting my pension from BlackRock via a 401K9 (a type of US pension scheme), I would have sued Fink, because he is not carrying out his fiduciary duty, says Brook.

POLITICAL IMPACT HAS BEEN FORGOTTEN SINCE 2000

In an ideal world, the financial markets should be a completely level playing field, without limitations as to where you can and cannot invest. Brook is surprised that ESG regulations are not causing more of a stir and that (in Europe) very little criticism is heard. The example that he gives is that recently several board members of a large oil company actually voted against extracting fossil fuels. By doing this, they are shooting themselves in the foot, because companies should focus on their core activities and not engage in politics. Still, there are a few players that are going against the flow. Brook mentions two recently established anti-ESG funds in Florida and Texas that immediately enjoyed a large inflow of funds. He calls this a healthy market response.

Of course Brook is not blind to the changes that are occurring in the world. But he believes that the focus is wrong. According to Brook, the focus should be much more on developing technology that can help to prevent climate change, for instance. In this context he refers to Dutch dyke builders who, because of their specialisation, are much in demand in the market.

In Brook’s view, when markets are pushed in a certain direction because there are fewer ESG objectives or rules, fund flows will reach the right companies sooner.